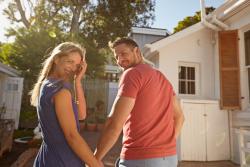 When the results of the 2016 referendum on EU membership were announced, they ushered in a period of uncertainty which is still affecting decisions three years later. The national property market was affected, although locally we found normal service was quickly resumed in our hugely popular corner of Surrey.

However, since the announcement that the final decision on Brexit would be delayed yet again until 31st October, we are finding that buyers and sellers in Cranleigh and the surrounding villages have given up waiting and are making a firm decision to get on with their plans for the future regardless of the vagaries of Westminster.

Our ‘des res’ list of houses for sale is getting longer by the week. Because so many people have delayed moving for up to three years, we now have a flood of properties to choose from. You’re sure to find your dream home among them, and there could also be an eager queue of people ready to view your home.

There are two main times of year by which people want to be settled in their new home. One is September, to coincide with the new academic year and to ensure they’re comfortably established before children start new schools. The second is Christmas; no-one wants to be ordering the turkey and packing up the house at the same time! Between Brexit on 31st October and Christmas 2019 the market may slow down a little, whereas now is the perfect time to put your house on the market. We are finding this summer, with Brexit delayed again, is proving to be a surprisingly busy one.

After waiting for three years to make a decision, many people who have been putting off moving are seriously committed to the process. They know what they’re looking for and they don’t want to hang around. If you put your house on the market now, the chances are that people could be beating a path to your door – we are currently rushed off our feet arranging viewing for our vendors.

So if you’ve been unsure whether now is the right time to move, get in touch with our helpful and professional team. We’ve been helping people move in Cranleigh and the villages since 1991, and we have eager purchasers waiting to view your house!