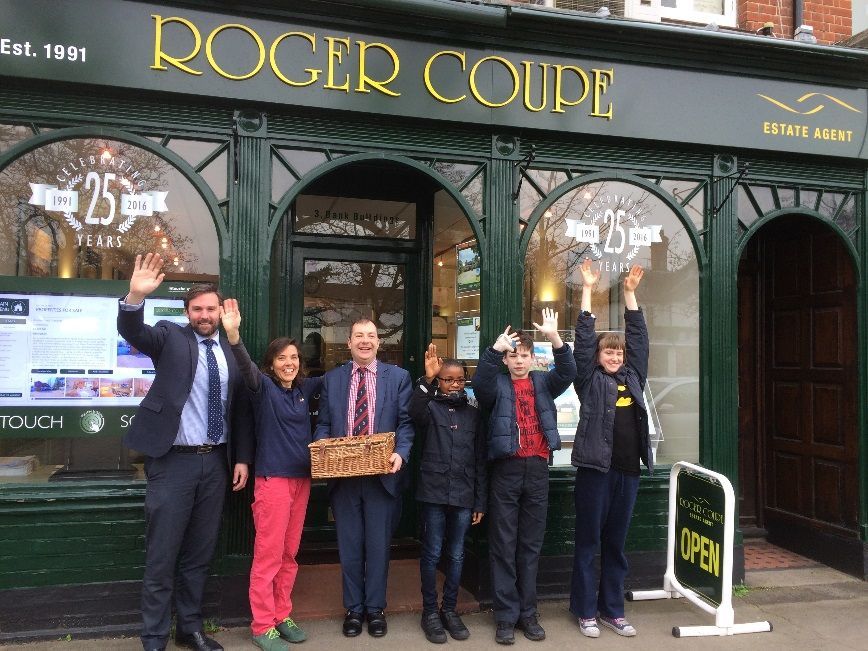 A Surrey teacher, who supports youngsters with autism, has been recognised for her dedicated work after being handed a Roger Coupe Star Award.

Yolanda de la Fuente, a teacher at Dunsfold-based specialist school Jigsaw, was put forward for the title of star teacher by her colleagues and was thrilled to win after topping a public vote.

Nominated for her willingness to volunteer “for anything” and help out at the drop of a hat, Yolanda regularly stays late to help get work done and has a great way with pupils. Those who voted for her also praised her “unfailing dedication” and described her as a “kind teacher”, “team player” and simply “the best”.

The 41-year-old has been working as a Year 1 teacher at the independent school, which supports children aged 4 - 19 with autism, for 18 months. She was delighted to take the star teacher title and win a hamper from luxury department store Fortnum and Mason.

She was presented with her tasty prize by Edward Norman and James Britton, partners at Roger Coupe, at their office in Cranleigh High Street.

Edward said: “Our Star Awards aim to recognise and celebrate all those working in and around Cranleigh who go above and beyond for their communities. Teachers do an extremely important job helping to mould, motivate and educate the next generation so we felt they deserved their time in the spotlight.

“It was lovely to read the nominations for all our three finalists, which spoke of their enthusiasm, professionalism and dedication. After a close vote we were delighted to hand the prize to Yolanda.

“Thank you to everyone who nominated and voted.”

Yolanda, who worked as a teaching assistant at a special educational needs school in Worthing, Sussex, before joining Jigsaw, said she was “overwhelmed” to be named star teacher.

“This is the first time something like this has happened to me, I’m really happy,” she added.

“Working with the pupils at Jigsaw is wonderful; to be with them, to understand and play with them and to work with them – that’s the world for us. It’s all about the pupils and how we can help them to make their way in society.”

Alongside her teaching, Yolanda is studying for a masters in applied behaviour and analysis from Nicholls State University in Louisiana, which has a partnership with Jigsaw.

The Star Awards are continuing throughout 2017 and Roger Coupe staff are now on the lookout for Star Gardens, and the green-fingered fans who keep them looking lovely. Nominees can include horticulture experts who tend to community green spaces, members of In Bloom groups and individuals with glorious gardens that they open to the public.

To make a nomination email starawards@pmwcom.co.uk with a short description of your nominee, why they deserve to win, their contact details and where they live. Please also include your own contact details. Nominations can be made until midnight on 21 April.